Is it really Science vs. Religion?

Save Our Scripture - Make A Stand seems to have taken over my Facebook newsfeed today. I popped over and read Greg Clarke's article about biblical literacy being important in cultural/historical/literary understanding, as support for continuing scripture in schools. Some of the comments on the article and on the Facebook link were caustic and derisive. There is a fine line between critical evaluation and personal attack apparently.

I have also just listened to "All In The Mind" (Radio National show) podcasts from the World Atheist Conference in Melbourne, last month. PZ Myers, Richard Dawkins, Peter Singer and AC Grayling all spoke on the relationship between religion and science.

Not surprisingly, there was little sympathy for religion as an issue of faith and it was roundly dismissed as an academic discipline. The opinions of scientists who have academic credibility and are known to be Christian (eg.Francis Collins - previous head of the Human Genome Project) were described as having "cluttered up our understanding with pointless nuggets of myth".

I was surprised at the way religion was set up as a stereotype and then cheap jokes were made about it. It was obvious that these men had some factual information about biblical content, but their understanding of faith as a value which informs life, experience and choices was pretty limited.

Some of the ideas were...Science as a rational, quantifiable exploration of the truth is what rescues us from the lies and myths of religion. Science is directly in opposition to religion as a way of knowledge. "Faith is not information and it is antithetical to critical examination and honest understanding". It was a dualistic view of the world in which people either believe in "Science" or "Religion". To see them as mutually exclusive seems limited and rigid to me.

I can see where both of these statements are evident, but the reality of the relationship between opinion, knowledge, gut instinct and critical evaluation is much more complicated. I know instances where scientific method has been used to propogate lies. I also know instances where religion or faith has been the means of identifying and then protesting about accepted human biases. Science was behind the push for eugenics in 1930s Germany while faith drove Wilberforce to work to end slavery, to name just 2 examples.

Where does this leave us? I am more and more convinced that all of us argue from instinct and our own experience - both of life and of knowledge. Some of us just dress it up better and make it look more logical. Deep down, no one has flawless logic and no one really escapes their gut and its drives.

Science is actually a great gift from God. The ability of the human mind to explore, postulate, test and observe are attributes given to us by a God who loves intricate beauty and complicated workings. But science is not itself a truth. It is a theory, a way to understand the world. Testable, repeatable but not infallible.


Now we see things imperfectly as in a cloudy mirror, but then we will see everything with perfect clarity. All that I know now is partial and incomplete, but then I will know everything completely, just as God now knows me completely. 1 Corinthians 13:12 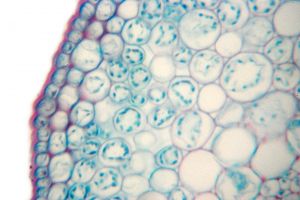 image from stock.xchng
Posted by Kath at 11:16 PM