Prodigal magazine are having a link-up about travel stories. They included one of my posts last time in the living a better story link-up. I'm joining in again...﻿ 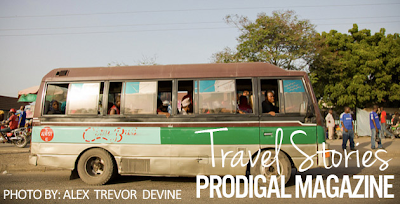 If you've ever caught the Bundeena ferry on a sun-soaked afternoon, then you know. That low-lying slow chug, past slope-hugging houses with private beaches and moored runabouts. It's a little like walking on water and absorbing Sunday afternoon through my skin. And I can taste a Golden Gaytime ice cream. 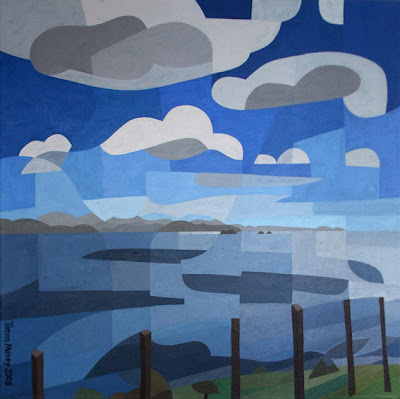 Patrick's mum points out the picture on the wall at preschool. I asked about their trip to New Zealand, and her smile is part shyness and part pure bliss. They crossed the Cook Strait in a huge ferry and drove as far south as possible. They picnicked with seals and penguins and felt like they were spectacularly alone.

Now they're home, she goes to work and Patrick goes to preschool and the holiday is woven in their days by memory. She's crossed two thousand kilometers in an instant and I can watch it play in her eyes. The impulse passes to me and I'm standing on the same ferry holding a six month old son in the cold ocean wind. Leaning on a rail, looking to the south island. We smile.

There's a hunger to see new places that drives our travel. Sometimes it's acquisative, the desire to have "been there". For others it's a search, to discover more. To somehow know more of ourselves by seeing more of 'the other'. Sometimes it's the revelling in beauty, the lure of new.

But what about the travel driven by escape?

Spurred by persecution or loss.

One woman tells the story of sitting with her three children on a crowded, leaking boat. Sitting preparing to die. And she's one woman in a boat of two hundred. Two hundred on a boat that fits forty.

Sharks circled the boat. Dead travellers were thrown overboard. There's no space for the luxury of respect on a boat of desperation. Now her children wake in the night shaking. Nightmares of lurking sharks and thirsting in a cramped wet corner. She tells me it's a miracle that they survived.

Their journey is indelibly burnt in memory, and it haunts them.

Where did this journey begin? I can only imagine the moment when one decides to run from familiarity forever. Bizarrely, political torture and persecution is dwarfed by the terror of almost dying on a boat to freedom, or enduring the process of seeking asylum. Escape is harrowing.

I don't know the answer, certainly not one that is politically expedient or easily popular. Australia is lost at the moment.* We need wisdom and steadfast, compassionate hearts.

Let's dig into our memories of times we've been desperate. Where has it taken us?

Perhaps we're not so far from getting on a leaky boat, frantically grasping for escape, for life.