A shadow of the truth 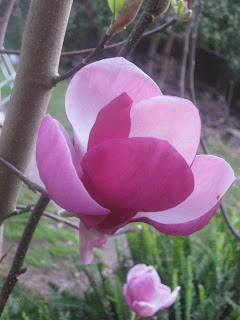 "One of the things that the local journalists had to do was cover the coroner's courts and it seemed to me that we never ever got to the truth. So there was this kid and he'd beaten up some bloke and stolen his money and there was the kid standing there wearing the first new suit he's ever had and there's his mum and you think where did this story start? It made me restless about journalism because whatever you got was only a shadow of the truth. Perhaps the greatest crime may have taken place long before the boy had been born but you could never track [it] down the universe." (Terry Pratchett on All In The Mind)

Where does the story begin? And will we ever really know?

I see a facet but there are so many other angles to look from. It's so easy to judge what I see, forgetting there's more to it. I only see a "shadow of the truth". I'm interested that it turned Terry Pratchett from journalism to writing fantasy books. He explained that he used the fictional world to illuminate our experience of human nature and truth. 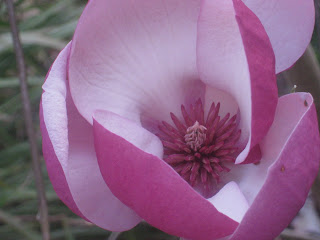 I suspect he realised that stories are much more complicated than good guy vs. bad guy and that people who are in the wrong can be deeply wounded, too. Despair is not knowing if anyone really knows the truth. That it is all, deep in the centre, relative. Or worse still, that there is no centre.

Courts may not find the central truth of a story, but that doesn't mean it isn't there. Truth is not bound by the perspectives of those who look at it. There is an objective truth in existence. Sometimes it is hard to see clearly, but it is still there. 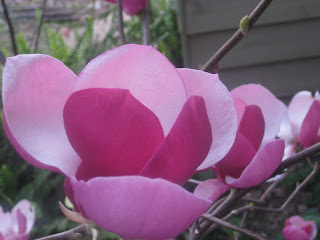 It's a real challenge to see beyond the first impression and look for the kernel of truth, the more complicated story.
Posted by Kath at 12:43 AM