Now and Not Yet. 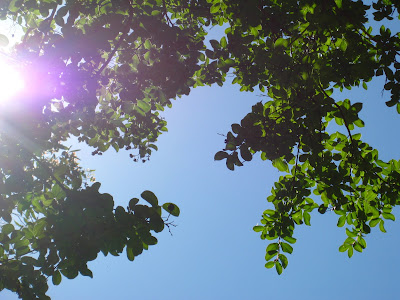 Sitting on a bus, one day, I realised that I could do whatever I wanted to do. I watched the streets tick past that I could explore, if I wanted to. My chest was filled with the cliff-edge realisation that I, alone, chose and lived it out. The flooding of exhilaration and trepidation, and my life crystallised, in that moment.

We hang in a tension between the surrounding now and what's to come.

'Enjoy the moment.' Awareness of current experience and mindfulness anchor us in reality. Future dreams and aspirations draw us on. But how to ration myself to both? To be content with now, but also look for more to come?

I resist investing time in future gain, because it steals 'now' moments and sensations. Am I as gloriously free  as I felt that day, or am I a slave to the present?

Illusionary freedom is doing whatever I want. True freedom blends now and then, and I live each one in the reflection of the other.

A longing for future gain, or heaven, does not dull the taste of now. Instead, it enriches today with purpose and direction.
Posted by Kath at 12:16 AM

So beautifully expressed as always Kath - and so very true