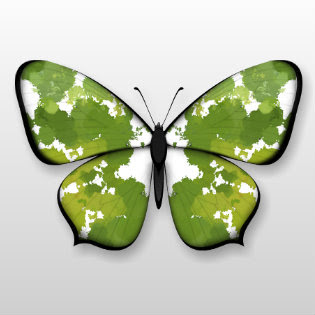 War is a complicated, messy, tragic business. There doesn't appear to be any winners when we consider conflicts of the last 200 years (probably the last 2000, but I don't know enough to comment wisely). Even armies who have 'won' bear scars and lose people.

Amnesty International have a campaign running currently to try to raise awareness of the women who were forced into sexual slavery by Japanese soldiers during world war 2.
It's simple to get on their website and create a butterfly like this one (I made this one tonight). The campaign is clear and specific and made me consider a group caused to suffer immensely by war, who are intended to remain silent and ashamed - forgotten. There must be millions of women and children around the world in just the same position in current and recent conflicts.
So go to www.amnesty.org.au/comfort and make a butterfly.
Posted by Kath at 9:30 PM