We need someone to carry the pain 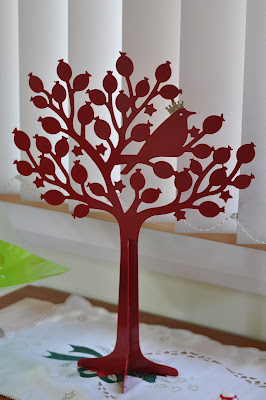 It's a day to ponder suffering, with a crown of thorns and a whip laid on a table saying CRUCIFY HIM!

And I'm trying to understand that a man can see his father tortured and executed, while his hands cannot escape the grip of their captors. How he must have fought to free them. That his tearing guilt is for failing. And surviving.

He goes back, he tries to help. He cannot keep away from the place that wants to kill him. He cannot surrender. His sleeplessness torments him. His gut-turning memories are more real than now. He's there, rather than here in the room.

It feels flat and strange as I turn it in my mind. And I think I'd find it hard not to giggle because I do that when I can't believe what's happening. I concentrate on symptoms because the story is too terrifying to let it be the focus of  my attention. I'm protecting myself. I make a plan to hear more and let this installment slowly absorb into me, at a manageable pace.

His story is just a sock in my load of washing. I heard it at one-thirty and there's another by three. I fold it and lay it on the orderly pile. Ready to be placed in the drawer, because compartmentalising is the way. And I'm just putting away the stories that I listen to. There's millions more. How many of the seven billion stories contain pain?

Could one man carry all that pain? that guilt? all those stories? Perhaps that why he cried out, forsaken.

I have to shut drawers and pack carefully for my listening, otherwise I would disintegrate. Perhaps you do it, too. We're surviving, aren't we?

Sometimes we need to stop. Ponder the suffering. Then we can really see what this world is about. That we need someone to carry the pain. And it's not humanly possible.